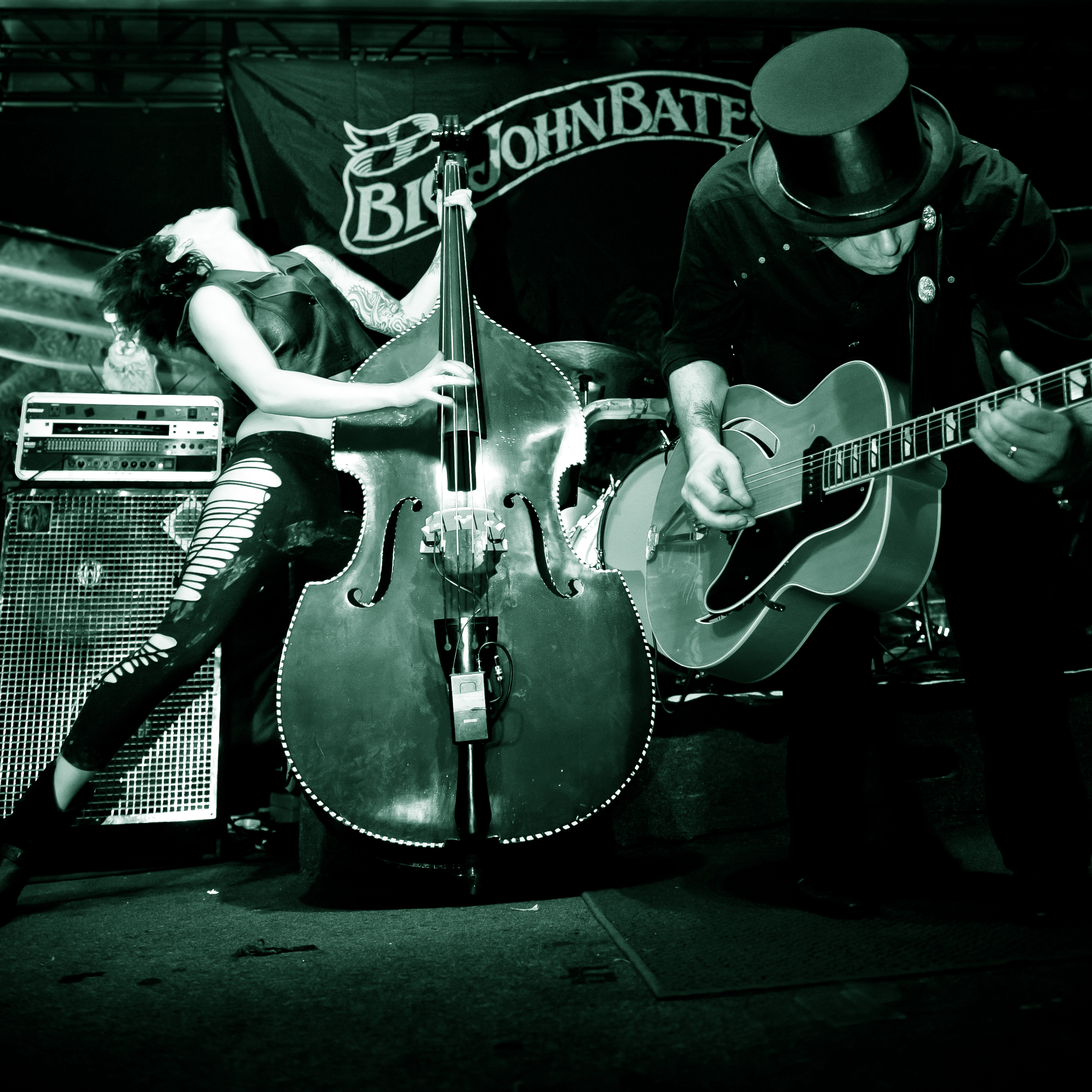 „Post rock’n’roll meets symphonic punk and Americana noir“. It’s hard to put these guys from Vancouver/Canada into a box, but that’s especially why they enthuse with their varied musical styles and stage (omni)presence. Musically, they are always one step ahead, avoiding to ever venture into mainstream rock’n’roll. Their 2015 album „From the Bestiary to the Leathering Room“ (released by Rookie Records) was partly recorded on a boat (!) in Falls Creek/Vancouver by the two songwriters, John Bates (guitar/vocals) and Brandy Bones (base guitar/violin/vocals). They shine through their ability to incorporate a wide variety of musical influences and ideas, and their accomplished use of cellos and violins has ended up christening them „Big John Bates Noirchestra“.